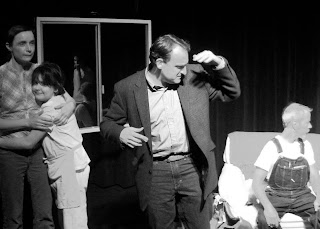 Both Phillipe Coquet and Carla Pauli had moments of brilliant acting.
Posted by Martina Konietzny M.F.A. at 2:26 PM