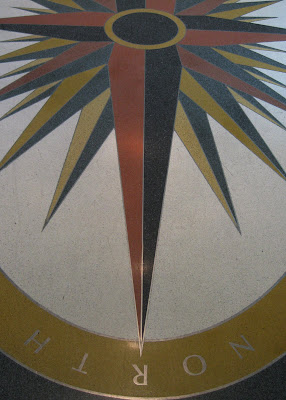 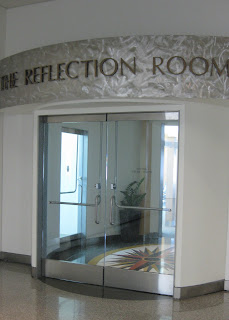 Finally I strolled back past the bookshops, passed the newspapers full of the Gulf Coast’s oil spill headlines. Next to the rising and falling financial markets and into the “Reflection Room”, a quiet zone for all religions or none, where the mosaic at the entrance’s floor showed the “True North”. Inside it was quiet except the imagined call of a distant muezzin, calling for evening prayer.
I sat down next to two carpets facing East. Two grown men went up and down whispering exotic versus while I quietly cried into my German soul on American soil.
Posted by Martina Konietzny M.F.A. at 9:00 PM