Three weeks ago the father of my teenager was diagnosed with Stage II throat cancer and has started radiation treatment October 8- ending November 25th. This man had been destined to die as soon as we met back in 1987 when we fell in love head over heals. With the diagnosis came the realization that in his own words: " I have lived thirty-three years longer than I deserved". Now despite it all I am moving quickly through the five Kübler Ross stages of grief ( I used it even though I know it is only for the ones who have actually died). I skipped the first one "denial", and went immediately to "anger" since Michael was another classic Kaiser misdiagnosis, (they sent him home for two years with Tums for acid-reflex),  then omitted bargaining and depression and arrived in no time at acceptance. They delayed starting radiation treatments because he was too trim and too fit and we needed to fatten him up since he might not be able to eat nor swallow once his throat was irritated by the treatments.  Also, we decided to repaint,  redecorate, and feng-shui his room and tossed everything he did not need or want out. We just finished yesterday by hanging art works and his room is now more "manly" and simply gorgeous. His life style choices finally caught up with him and when he mentioned how hard it is not to smoke I had visions of smothering him with a pillow while he sleeps to just get it over with. This man is an incurable BAD-ASS. The tumor is the size of a peanut sitting precariously at the edge of his tongue way back and very close to his vocal cords. A Dictaphone was purchased in the hope that he would speak his life story. 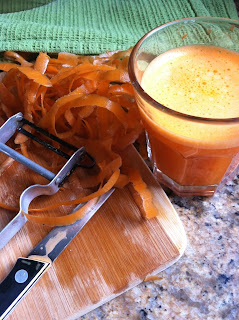